Solar energy is a booming industry in the United States. According to Solar Energy Industries Association (SEIA), the solar energy industry has grown more than 60% annually since 2006, in part because of both the decrease in the cost to install solar equipment and the Solar Investment Tax Credit. 2016 was the largest growth year of the solar energy market on record. Currently, more than 42 gigawatts (GW) of solar capacity is installed in the United States, which generates enough electricity to power 8.3 million homes.

While the cost of solar energy system installations has decreased, the cost of the systems still averages around $15,000 for a 6kW system (EnergySage). The high number of residential solar energy systems currently installed in the United States and the exponential growth of the industry, which is projected to continue, along with the high cost associated with the systems, mean that is critical that adjusters learn how to appropriately handle claims of this type.

Get Your Solar Energy Systems Overview

Polycrystalline: Instead of using a single silicon crystal, many fragments of silicon are melted together to make this type of panel. It is less-efficient and requires more space than its monocrystalline counterpart, but it is less expensive.

Inverter – Converts the DC electricity generated by the solar panels into AC electricity that the home can use. The three types of inverters for solar energy systems are:

Micro-Inverters: This is the most efficient and most expensive of all the inverter options. On this option, an inverter is installed at each panel, which means that if one panel is shaded during the day or even a whole season, it will not impact its performance.

Racking System – How the panels are mounted. The two main types of racking configurations are:

Fixed Mounts: Panels remain stationary within the metal framing at a fixed angle to the sun. This type of racking system can be mounted on either the roof or the ground.

Track Mounts: This type of racking system allows the panels to “follow the sun” as it moves across the sky. Track mounts can be used only for ground-mounted solar panels, and they can increase the efficiency of solar panels by 25% or greater (Solar Power World).

Solar energy systems are very durable. Most of the components have a life span of well over 25 years and require very little maintenance. A study of 255 homes with solar energy systems with rooftop panels was conducted over a period of four years (Pecan Street Maintenance Study). During this time, only two of those systems had significant issues, both of which were caused by an issue with the inverter. An additional 54 homes had a minor maintenance issue, such as a blown fuse or a ground fault interruption. These issues typically required less than $25 for parts and less than one hour in professional labor to repair.

For solar panels assessed by StrikeCheck technicians, the most commonly claimed perils were: Lightning (44%), Hail (19%) and Wind (12%). Our independent assessment revealed that 41% of those solar energy systems were Non damaged; 16% were Damaged by High Voltage Surge, and 8% were damaged by Lightning.

– Although Hail was one of the most commonly claimed causes of loss to a solar energy system, less than 1% of the solar panels we have assessed have actually been damaged by hail. In fact, international standards require solar panels to be designed to withstand the impact of hailstones at a minimum of 50 mph (Renewable Energy Corporation).

– While 50 mph is the minimum, many solar panels far exceed that number. The most advanced panels currently available can withstand hailstones at velocities of more than 260 mph.

– More often, we see solar panels and racking systems that led to damage because the panels were not properly mounted, often due to the weight of ice and snow (as seen in the photo below). 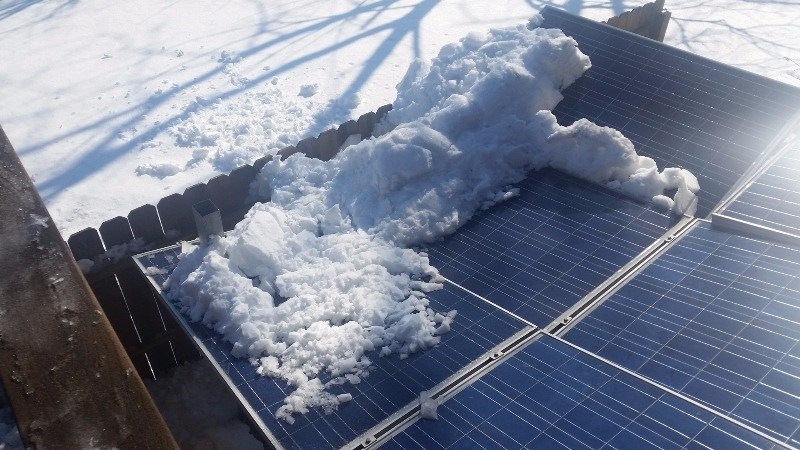 – Most Lightning damage to solar energy systems occurs indirectly. Only 8% of the systems that we assess were damaged as a result of a direct lightning strike. While uncommon, the panels themselves can be struck directly by Lightning.

– If the panel and frame are properly grounded, Lightning should not damage any of the external components.

– The inverter is most commonly damaged by Lightning or High Voltage Surge. As you can see in the photo below, there is a burn mark just above the control board of the inverter, which was caused by a lightning event. 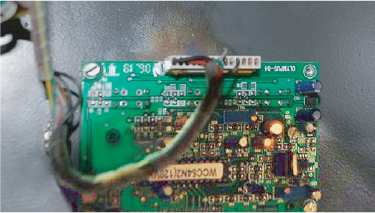 While solar energy systems are complicated, claims involving them don’t have to be. We can assess your insured’s claimed system and provide you with both a recommended scope of repairs to return the system to pre-loss condition and a fair settlement amount. Our team can also review your insured’s estimate/invoice to validate pricing and verify like kind and quality of the proposed equipment.

Want more information on solar energy systems? Get your free copy of our overview for adjusters here.