Electrical panels are an essential part of any property, whether residential or commercial, and claim expenses for electrical panel damage can compound quickly. If a loss occurs and the panel is damaged, insurance carriers may incur additional living expenses or loss of business expenses. Moreover, damages to the electrical service panel or wiring can potentially lead to a fire. Between 2009 and 2011, an estimated 25,900 electrical fires occurred in residential properties and resulted in over $1 billion in property damages (FEMA). Therefore, it is important for adjusters to understand how electrical panels work.

How Electricity Gets to a Home or Business

1. Electricity is distributed by the power company via aerial (or sometimes buried) transmission lines to homes and businesses

2. Power then travels to the meter, where the amount of electricity consumed is recorded

3. From the meter, the power travels to the electrical service panel, where it is divided into separate circuits

4. Individual circuits from the electrical service panel distribute electricity to the outlets, lights, and appliances throughout the property

Get Your Guide to Electrical Panel Claims

How an Electrical Panel Works

The electrical panel regulates the amount of electricity that can be used at the property at one time. A residential home generally has 200-amp service, but it can range between 100 amps (usually in older homes) and 400 amps (seen in larger homes). The panel includes a main breaker, which controls all electricity to the property, and is also divided up into smaller circuits. These circuits can be assigned to individual rooms, portions of the home, or hardwired appliances that require high or dedicated amperage.

Another function of the service panel is to protect the wiring to the home from being overloaded and potentially starting a fire. Each individual breaker is rated for a specific amount of amperage. If the circuit is overloaded (which can happen when too many appliances are running on the same circuit simultaneously) the breaker will trip and stop the flow of electrical current to that circuit. 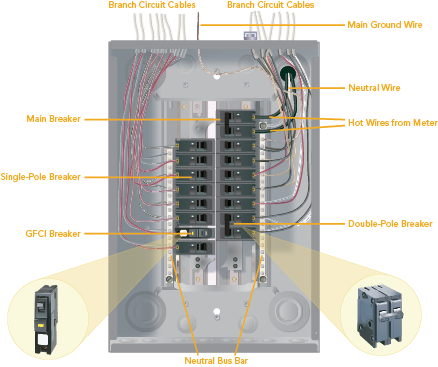 There are three main types of breakers in a standard residential service panel:

Single-Pole Breakers supply 120 volts and either 15 or 20 amps. This type of breaker is used for lighting, outlets, and even some smaller appliances.

Double-Pole Breakers supply 240 volts and range between 20 and 60 amps. These breakers occupy two poles to generate 240 volts. This type of breaker is used for hardwired appliances, like an HVAC system, electric range, or electric hot water heater.

Ground Fault Circuit Interrupters (GFCI) Breakers prevent serious shock by detecting low levels of electrical current leaks (ground faults). These breakers are typically used to protect outlets in wet areas, such as those located in a bathroom, kitchen, or outdoors. 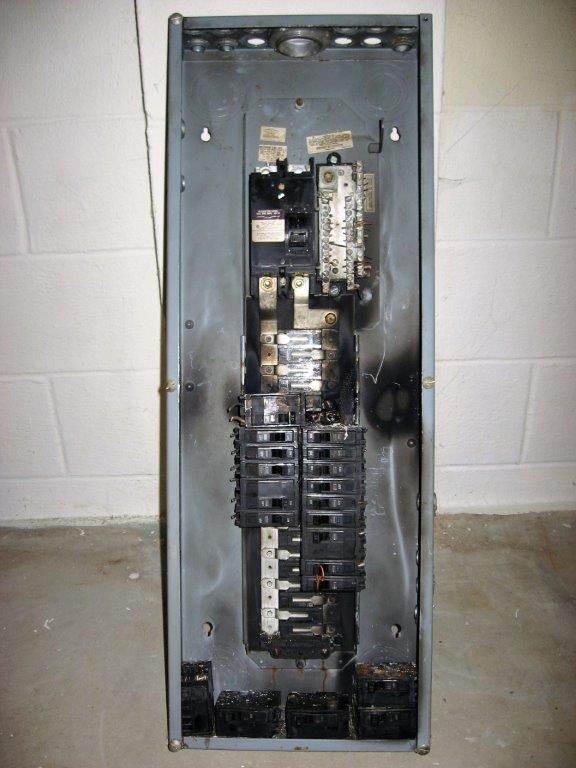 Older homes may have a fuse panel, instead of the modern circuit breaker style service panel.  In a circuit breaker, the circuit acts as a switch that flips to the off position when an overload occurs. The switch merely needs to be flipped back on to restore power. With fuse breaker panels, the fuse acts as a weak link in each circuit. If an overload occurs, the “fuse burns out” to protect from overvoltage. To restore electrical current, the fuse needs to be replaced. A significant issue with older fuse panels is the risk of fire. It is possible to use an oversized fuse in a circuit (for instance a 30-amp fuse in a 20-amp circuit), which can allow the wires to become overloaded and potentially lead to a fire. 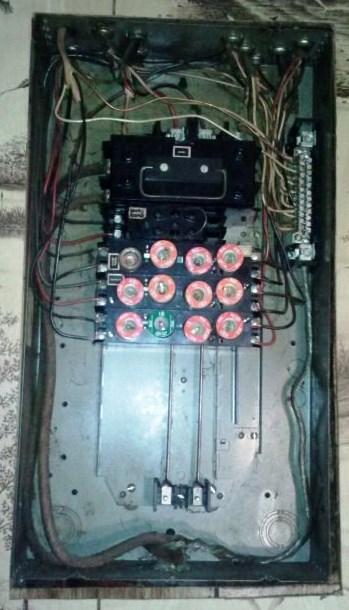 Homes built between 1950 and 1990 are at risk of having a Federal Pacific Electric Company (FPE) circuit breaker panel installed, as they were one of the leading manufacturers during this time period. FPE panels are a known fire hazard, even if they have worked properly for years. After millions of FPE panels were installed during this 40-year time period, it was discovered that they did not meet Underwriter Laboratory testing standards and can fail to trip when circuits are overloaded, potentially causing a fire (Is My Panel Safe).

Claims involving electrical panel damages can be frustrating to handle. Not only can the damages be expensive to repair, but it can also damage electronics and appliances that are connected to the electrical system. If you need assistance determining the damages and repair options available for your insured’s electrical panel, the experts at StrikeCheck can perform an onsite assessment of the damaged equipment.