The following article on “4 things to know about power surge damage from hurricane-force winds”, written by Reza Nikrooz of StrikeCheck, was originally published on Property Casualty 360.

Hurricane-force winds can cause significant structural damage and can knock out power lines, potentially causing surge damage in unprotected electronics and appliances when electricity is ultimately restored. With Hurricane Irma having left more than 8 million Florida and Georgia residents in the dark and Hurricane Maria cutting power to the island of Puerto Rico potentially for months, insurance carriers should expect a high volume of hurricane-related power-surge claims in its wake. 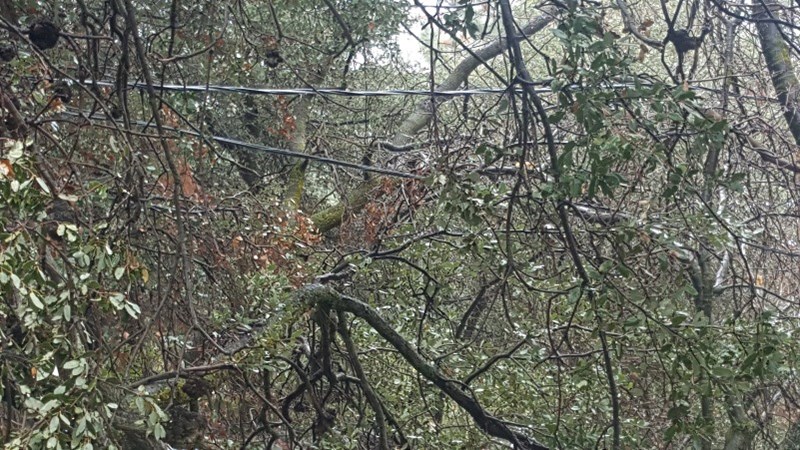 A power surge often occurs when power is restored following service interruptions or outages. High winds during hurricanes (or other powerful storm systems) can lead to outages in a variety of ways. Some of the more common scenarios include falling trees bringing down power lines, lines making contact with one another or with tree limbs, and power poles getting knocked over. Once a power outage occurs, the lines are void of electrical current. Upon restoration of power, the electrical current rushes to fill the “empty space” in the lines (known as an inrush). Electronics and appliances are not designed to handle such power-flow fluctuations, and can be damaged during such events. Visible damage to a 10-year old surge protector that was no longer functioning.

Consumer electronics (TVs, gaming systems and computers, for example) are all vulnerable to surge damage. Electronics use many integrated circuits, which handle everything from memory in a computer to oscillation in a digital alarm clock. An integrated circuit is commonly composed of many thousands (or even millions) of tiny transistors, resistors and capacitors. Any voltage surge puts excessive stress on these components.

Of further note for property adjusters, it is important to always evaluate items’ repair costs against their replacement costs. While not always the case (as with high-dollar, custom-built computers), it is often cost prohibitive to repair consumer electronics.

Related: Avoid getting blown away by wind damage claims Surge damage to a control board of an electric dryer.

Related: When a tree falls, is there debris removal coverage? Linemen restore power to lines that were knocked out by windstorm.

Property owners should follow certain common-sense guidelines to reduce power surge damage risk for electronics and appliances. The first step is to be sure valuable electronics are plugged into UL-tested surge protectors, replaced periodically to ensure functionality in the event of a storm. Second, when a power outage occurs, homeowners can unplug appliances and electronics to further reduce the risk of surge damage if an inrush of electrical current occurs.

When power has been restored to the property, the adjuster handling the claim (or appropriate third-party expert) should be sure to test all electronics for full functionality. A power outage does not necessarily equate to damage to all electronics and appliances in a home or business. Just as important, any damaged appliances may not require replacement and should therefore be assessed by a professional to determine the proper scope of repairs.

Related: 10 things your clients need to know about dust storms and ‘haboobs’

Reza Nikrooz is the Chief Claims Officer of StrikeCheck and HVACi and oversees the operations of the companies’ claims assessment services. He has nearly 20 years of experience in the insurance industry. He previously held a Vice President position at ICA, LP (Brown and Brown Insurance), was a Property Field Trainer at Travelers Insurance, and began his career as a claims adjuster for State Farm Insurance.