High voltage surges affected half the electronics included in claims that adjusters assigned StrikeCheck to evaluate last year, as shown in the CCG IQ 2021 Annual Report. Policyholders and adjusters alike may be looking for ways to decrease that percentage of losses through various types of surge protection, including those using smart technology. It’s critical to understand what different types of surge protectors exist – and why they won’t prevent all electrical surges.

Why Are Surges So Prevalent? 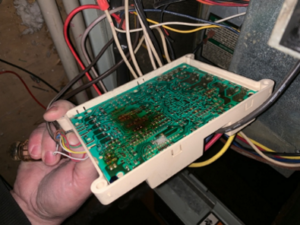 Surges can impact any electrically powered item in a property, which makes them a frequent cause of loss.

Electrical surges are voltage fluctuations in the electrical circuit that may occur regularly or irregularly based on the sources of the surge conditions. There may be an interruption in electricity or a sudden change in voltage from internal and external forces.

Among the causes of surges are electrical grid changes, nearby lightning strikes, transformer malfunctions, and power outages. According to the National Electrical Manufacturers Association, 60-80% of surges come from within a property through appliances or other high-power items powering on or off.

Surges can affect anything connected to the electrical circuit, whether it’s a low voltage electronic device or a high voltage appliance, the service entrance components providing power to the entire property, or outlets, fixtures, switches, and wires. Depending on the severity of the damage, items impacted by a high voltage surge can sometimes be repaired, such as replacing a control board in a refrigerator. Other times, full replacements may be necessary. That can become costly for policyholders and insurance carriers. Luckily, methods exist to help lessen the consequences of surge failures.

Surge protectors suppress excess voltage when it rises above an acceptable level to prevent the surge from impacting items connected to the electrical system. The surplus electricity gets absorbed and diverted to the ground wire. 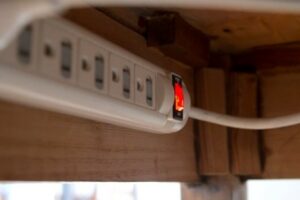 Policyholders can simply plug in a point of use protector to prevent surge impacts to specific electronics. Photo Credit: “Surge Protector” by Erin Boyle / CC BY 2.0

Smart Surge Protection – Some of the above types of surge protectors can come with smart components. Smart point of use surge protectors, for example, can reduce the amount of energy used in a home by shutting off certain outlets through a remote, app, or a timer. This enables equipment to stop draining power when not in use while also lessening the risk for surge damage.

A good surge protector can prevent a significant amount of voltage from passing through it, but it doesn’t mean the risk for surge damage is eliminated.

Not all the surge protection devices are made for large surges. Some point of use surge protectors only reduce impacts from smaller surges but don’t protect against larger ones. Every surge protector has a joule rating for how much energy it is designed to withstand – with a higher number being better. Policyholders should consider this when deciding which surge protector to buy and its use will be. Surge protectors also diminish in protection levels over time, particularly in surge-prone environments. 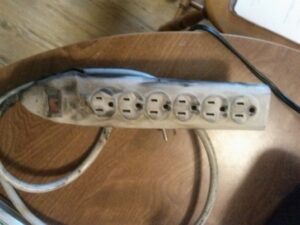 Surge protectors help prevent losses, but they aren’t immune to them and need to be replaced regularly.

It’s also important to note that surge protectors are not designed to withstand direct lightning strikes. Though rare – only 1% of items evaluated by StrikeCheck last year – lightning strikes can cause significant damage that would likely result in replacement equipment.

Policyholders would need to invest in lightning protection systems, which provide a low resistance path to ground lightning in a safe way. Highly conductive copper and aluminum materials direct the strike into the ground without impacting the property or its contents.

Adjusters handling claims with reported surge damage should verify cause of loss and scope of damage before settling the claim. Equipment may not be damaged or may have failed from a typically non-covered peril, such as wear and tear. If equipment was impacted by surges, it may still be able to be repaired. Submit a claim to StrikeCheck to receive a comprehensive assessment with recommendations on the best next steps in just a few days.

Get Your Lightning Claim Case Study