The following article on “Shedding light on risks involving solar power,” written by Jay Dykstra of HVACi and StrikeCheck, was originally published on Property Casualty 360. 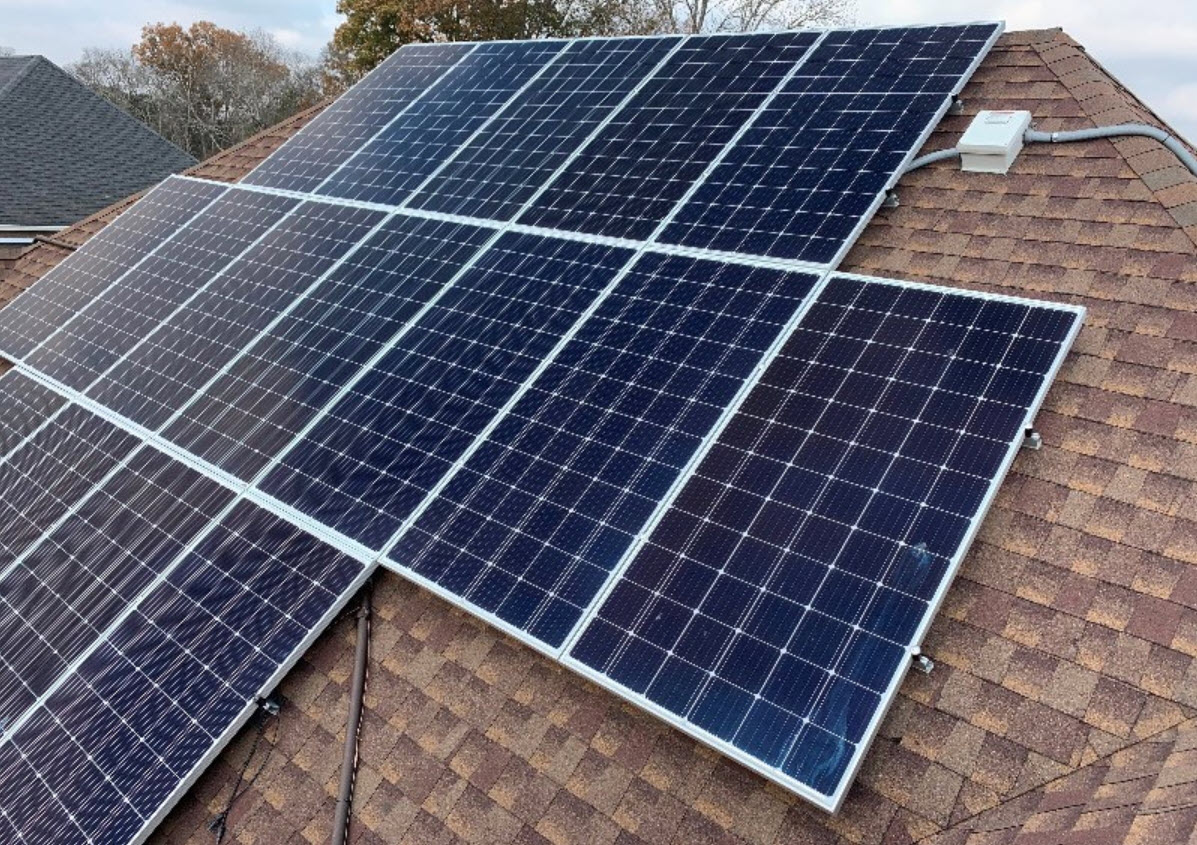 Solar panels comprise multiple photovoltaic cells, which are the foundation for producing solar power. A collection of panels is called an array.

From illuminating traffic signals, lighting up homes and businesses to supplementing the electric grid, the uses and popularity of solar power are on the rise throughout the United States. The Solar Energy Industries Association (SEIA) reported a 50% average annual growth rate since 2006 for the number of U.S. solar installations, thanks to a steady drop in equipment costs combined with continued government incentives for its use.

California leads the pack, followed by North Carolina, in a distant second, but New York, New Jersey, and Texas have all been making strides in the field. Increased usage nationwide means more solar-related risks and claims, so insurance professionals should make sure not to be left in the dark about what to expect.

Solar power is produced when a photovoltaic (PV) cell uses photons from absorbed sunlight to excite electrons, resulting in an electric charge. Panels can encase and protect multiple cells, which individually only produce a limited amount of current. Several panels may be connected to form an array for those wanting to generate a larger amount of power.

While solar panels may not look like they consist of much, all the action takes place at an atomic level. Photovoltaic cells are commonly made of forms of silicon, including polycrystalline, a less expensive option with silicon fragments melted together, or monocrystalline, a higher efficiency choice made of silicon bars cut into wafers.

The PV cells have semiconductors with positive and negative layers joined at a junction. The top layer is negatively charged because of extra electrons, while the bottom layer is missing electrons and is positive. When photons are absorbed by the top layer, electrons become loose and are attracted to the bottom layer. The electrons keep moving between the layers forming an electric field at the junction.

The electrons in the PV cells create a direct current (DC) that can be converted to useable electricity, alternating current (AC), through inverters. String inverters convert energy from all the panels to AC at a central point, while a micro-inverter produces AC at each panel. A power optimizer starts the conversion process at the individual panel before sending it to a central inverter. The AC electricity can go directly into a circuit breaker for immediate use. It can also be sent into a battery storage system or the power grid via a bi-directional or a “net meter.” 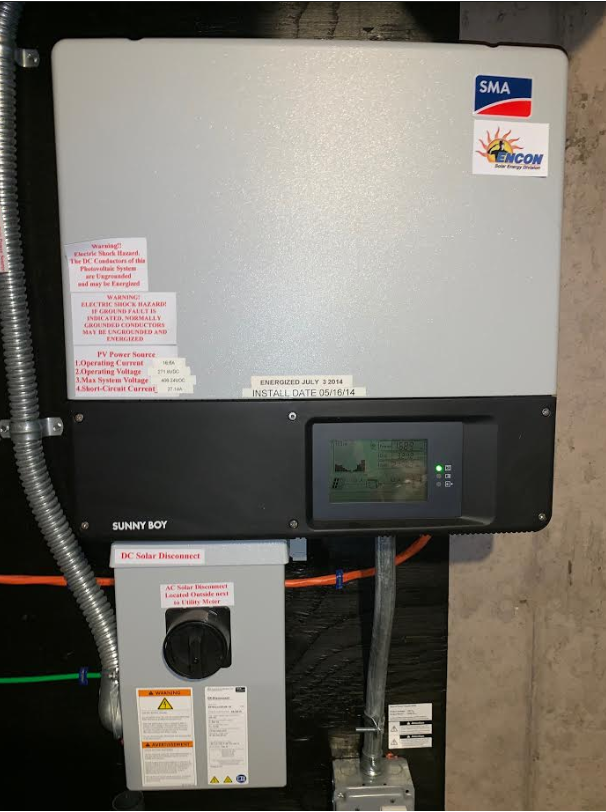 Inverters convert the direct current produced by the photovoltaic cells into a more usable alternating current. Having a disconnect near the inverter adds a safety measure.

To get the most efficiency during the process, PV cells must be placed in an area with the smallest obstruction or shading during peak sunlight hours. To achieve this, racking systems mount panels to the roof or the ground. They can also have dynamic tracking, meaning panels move with the sun to maximize effectiveness. The increased efficiency comes at a higher expense but a better return on investment.

Solar power equipment expenses have significantly dropped over the last decade. In 2010, the average residential system cost $40,000, compared to its current $18,000 average, SEIA reported. Though pricing is at an all-time low, the equipment can still lead to high-dollar claims. Panels are built to last 25-30 years; however, being outside, they are susceptible to a variety of perils, plus other components don’t have as long of a lifespan.

StrikeCheck, which offers independent electronic assessments, noted that policyholders reported lighting and hail as the top perils for solar power-related claims in 2019. If the equipment was damaged at all, high voltage surges and wear and tear were found to be the top two actual causes of loss, with lightning and hail only accounting for 5%. Other perils in 2019 were freezing conditions, foreign object impact, smoke and fire, and wind.

Weather-related events, including lightning or the weight of ice and snow, can damage solar panels, the inverters or the racking equipment. Panels on the same inverter not protected by a surge protector that are struck by lightning or voltage surges are more likely to all sustain damage. On the other hand, for a hail claim, one can expect to see smaller, likely random, hits that could just be limited to a few areas.

Adjusters should also investigate if the equipment was installed to code and specification to handle certain conditions. For example, most panels are certified for 140 mile-per-hour winds, which is the force of a Category 4 hurricane; therefore, wind is less likely to be the direct cause of damage. 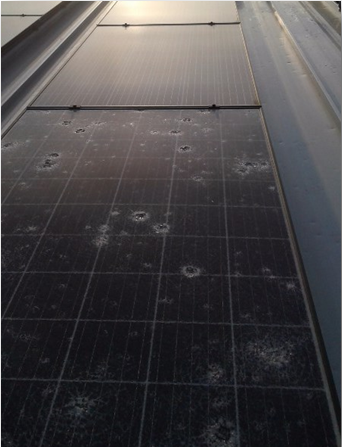 Hail can cause substantial damage to a solar panel, but it won’t necessarily damage all of them in an array.

A thorough cleaning rather than a costly replacement may be all that is needed for some losses. This could be the case for smoke damage or graffiti, depending on the type of paint used. To clean, panels should be lightly sprayed or non-abrasively sponged.

Anyone working on solar power equipment should remember that panels could always be charged if the sun is out. The proper time to service them is on an overcast day, at night, or by covering them with an opaque material. DC and AC disconnect switches are also safety measures to cut the flow of electricity and reduce the risk of injury.

Other considerations for insurance professionals

Regardless of the cause of loss, there are a few factors claims adjusters should keep in mind when handling solar power-related claims.

One is to find out if the policyholder owns, leases, or only houses the needed equipment. With leases, the property owner rents equipment with a fixed monthly agreement, typically lasting 20-25 years. In a power purchase agreement (PPA), the person neither owns nor leases the equipment on the property but is simply a buyer of the produced power. The contracts may stipulate who is responsible for equipment repairs and maintenance.

State and local codes may also impact solar power systems. Fire departments sometimes require a setback for how far panels must be from the edge or the ridge of the roof to not impede firefighting procedures. Some jurisdictions require that both the inverter and DC disconnect (if they have a string inverter), as well as the AC disconnect, be located on the outside of the structure for easy access.

As the upward trend in the number of solar installations likely continues, insurance professionals should ensure they learn more about the alternative energy production process. Knowing about the complex equipment and its uses will help adjusters handle claims; underwriters note the potential risks and agents ensure the policyholder has adequate coverage. 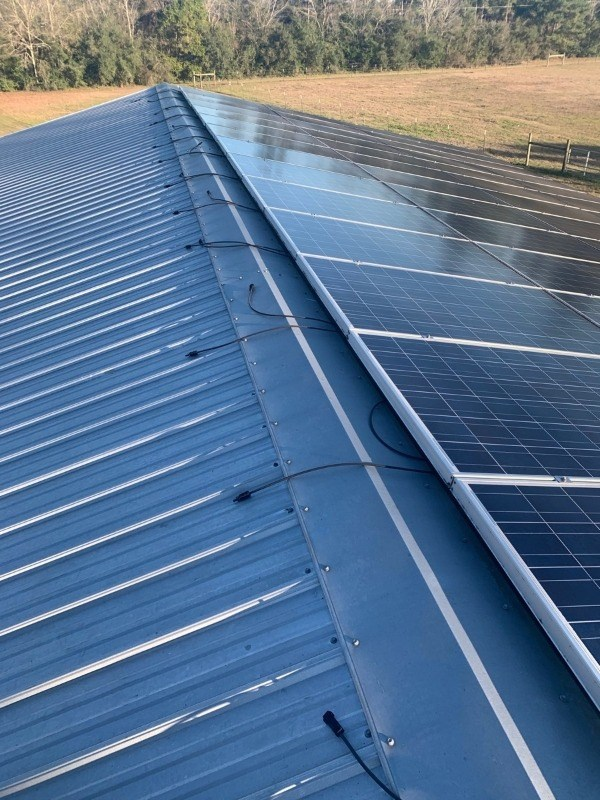 Be aware of how state and local codes may affect solar power installations on homes, including roof requirements or setbacks.