The following article on “Even hot tubs don’t like cold weather,” written by Jay Dykstra of HVACi and StrikeCheck, was originally published on Property Casualty 360.

What do toilet paper, hand sanitizer, lumber and hot tubs all have in common? Hot tubs have been included on the list of sought-after items that have seen shortages during the pandemic. Though your policyholders are hoping to extend their outdoor fun throughout the cooler months, the increase in hot tub ownership could also lead to more related claims — particularly in the winter months.

Freezing was the third most common cause of loss, following high voltage surge and wear and tear, for hot tub equipment that StrikeCheck evaluated in 2020. And if January and February’s colder weather is any indication, more freezing temperatures are likely on the horizon.

Here’s what adjusters should look for when they receive these types of claims.

It’s critical to define a hot tub versus a pool because they may be covered differently under certain insurance policies. Hot tubs are either small aboveground or in-ground holders of water that are heated to an average of 100 degrees Fahrenheit, jetted, and used for recreation, hydrotherapy and relaxation.

In-ground hot tubs that are dug into the earth may be attached to a pool and use the same pool pumps or other equipment. These are more common in hotels or other commercial applications.

Aboveground hot tubs are usually self-contained with pipes, pumps and electrical controls all included within its cabinet. It’s often not connected to the property’s plumbing. These are easier to heat and more efficient than in-ground structures.

Hot tubs require heaters and pumps. These clean, heat and circulate water in the jets. Electronic components are in the control pack and are operated by a control panel. 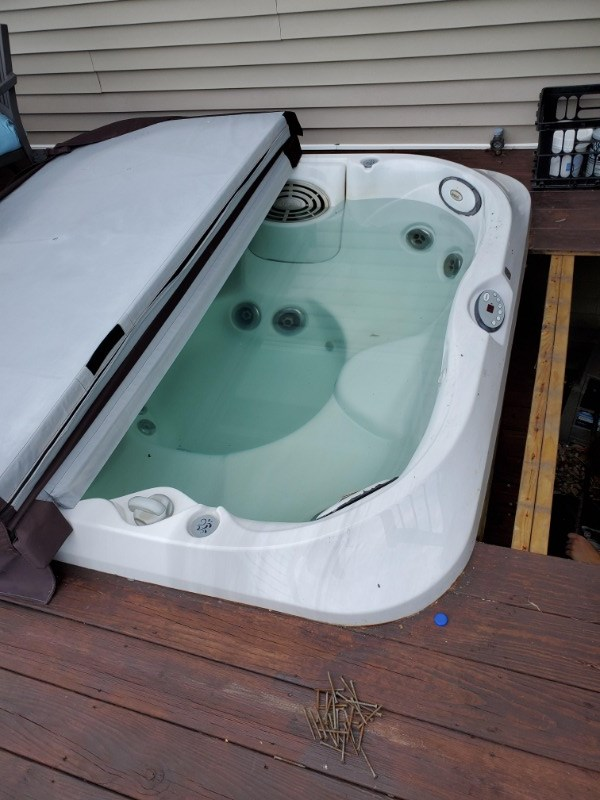 Self-contained hot tubs have all their components in one place, and many of them sustain freeze damage.

Freezing is a frequent cause of loss for hot tub claims because of the various equipment that could be impacted. Hot tub components likely to be listed in a freeze-related claim are the pump assembly, pipes, valves, fittings, jets, heater, Ozonator and the acrylic shell.

Pipes are integral to the operation and, just like in a building, they can freeze and cause problems. Water starts at the pump in a larger pipe and then is sent to a manifold, which is constructed with PVC pipes and used to send the water to individual jets. One way to protect these components in areas where temperatures dip below 32 degrees Fahrenheit is to insulate them. Spray foam insulation is often used to protect the shell, pipes and manifold.Freezing is a frequent cause of loss for hot tub claims because of the various equipment that could be impacted. Hot tub components likely to be listed in a freeze-related claim are the pump assembly, pipes, valves, fittings, jets, heater, Ozonator and the acrylic shell.

Policyholders who don’t plan to use their hot tub in areas that could have freezing temperatures can winterize it. Winterization includes draining the hot tub and using forced air to eliminate water from the connected pipes, hoses and lines. Any water that remains could freeze and expand, leading to cracks in the hot tub shell, pipes or other areas.

Those who don’t winterize it may choose to turn off their hot tubs occasionally or use timers to save energy. Turning the unit off in colder temperatures makes it more susceptible to freezing damage, plus, it could take hours to reheat. It doesn’t take long for freeze damage to occur. 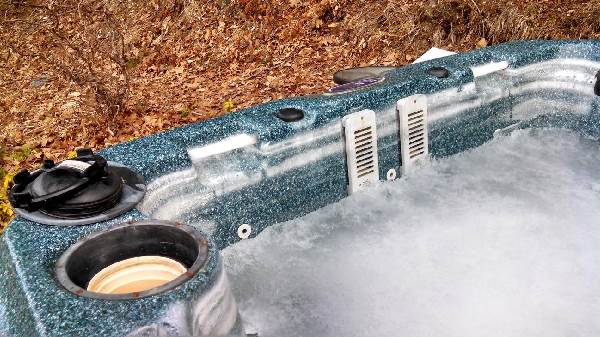 Hot tubs can freeze if heating elements have been turned off.

If pumps and heaters are operating to heat and circulate the water, freeze damage is less likely to happen, but could still occur. Among the reasons are a power outage, a bad breaker or fuse, a surge event, or something as simple as the insured leaving the cover open and letting heat escape.

When a policyholder claims freezing conditions as the cause of loss, it’s critical to evaluate if a component failure occurred that caused the system to succumb to the frigid temperatures. If one has, it’s important to determine why it didn’t operate as designed and how the malfunction contributed to the freeze-related damages. Evaluations are also important because other perils impact hot tubs.

High voltage surges and wear and tear are the most common perils that affect hot tubs — and can occur all year round.

Hot tubs run on 110 or 220 volts, depending on the size. The control panel, control pack, fuses and other electronic components are susceptible to surge damage. Another electronic component that’s at risk is the Ozonator, which helps sanitize the water using fewer chemicals. Most of these components can be replaced individually, which is considered a repair, rather than needing a full hot tub replacement. 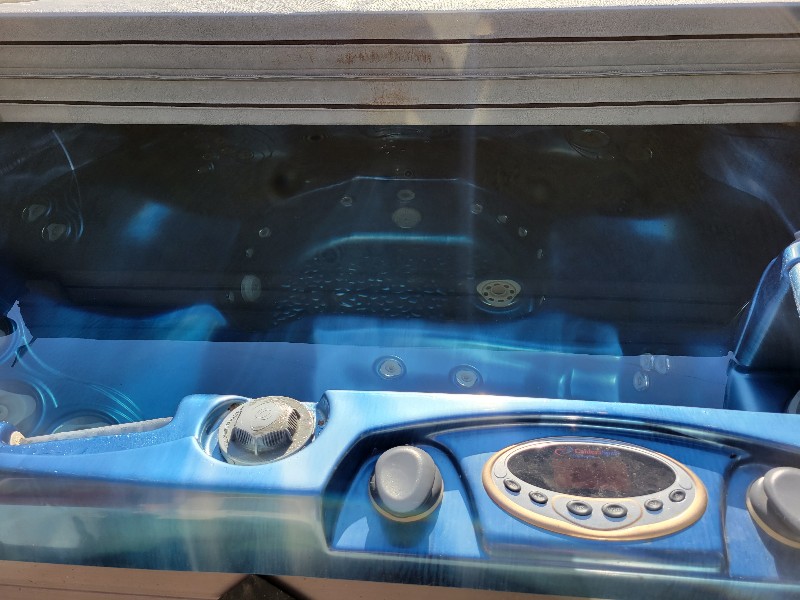 Surges could impact several electronic components in a hot tub, including the control panel.

Wear and tear from age and use was the second most common cause of loss of hot tub failures. It could affect many of the components, including electrical ones. Adjusters should rule this out before settling a claim.

Other perils that could impact hot tubs are foreign objects such as a falling tree limb, or wind and hail. The cover and cabinet are most susceptible to wind and hail damages, though if the unit was left uncovered, they could extend to the control panel and shell. The possibility for repairs depends on the severity.

While your policyholders likely aren’t going to be hoarding hot tubs like they did toilet paper at one point during the pandemic, this recreational equipment will continue to be popular and sustain damages. Carriers and their policyholders shouldn’t be left out in the cold when settling these claims.