How to Keep Common Lightning, Surge Damages Out of Claims

The following article on “How to keep common lightning, surge damages out of claims,” written by Jay Dykstra of HVACi and StrikeCheck, was originally published on Property Casualty 360. 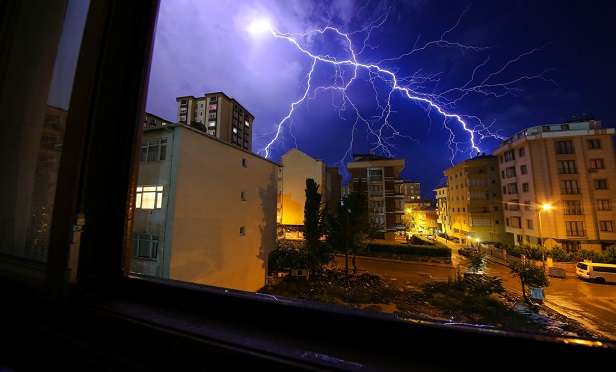 Electrically powered equipment is prone to lightning damage if a surge enters the electrical system. Lightning can travel from the utility power line to the electrical panel and through the home’s wiring to the outlets. Anything plugged into or connected to these components could sustain damage. (Credit- Gurzoglu/Shutterstock)

Damage can happen in a flash. Lightning can impact whatever is in its path, from appliances to electronics or an entire electrical panel. And each item could wind up in an insurance claim.

The number of homeowners insurance claims related to lightning decreased between 2016-2018, according to data from the Insurance Information Institute, but the average cost of a claim increased during the same time frame, going from $9,628 in 2016 to $11,668. This could be the result of equipment being valued higher or being prone to more damage. Regardless, it’s important adjusters know how these items in the claims are damaged.

Only a split second

Lightning strikes the ground an estimated 25 million times a year in the United States, though it will occur intracloud or cloud to cloud more often. When it does travel toward Earth’s surface, it releases enough energy to cause major damage to homes and businesses.

You and your policyholders may be able to prove a direct strike occurred because of burning or charring where the lightning entered an outdoor object. In some cases, lightning may hit the ground or taller items, including trees, flagpoles, or other structures. The energy can keep traveling after the initial impact.

Surges from direct or indirect strikes can enter a property via underground pipes; wires, including cable, telephone, or electric dog fences; or the home’s grounding system. It can penetrate the electrical system, which could cause damage to anything connected.

Down to the wire

Electrically powered equipment is prone to lightning damage if a surge enters the electrical system. Lightning can travel from the utility power line to the electrical panel and through the home’s wiring to the outlets. Anything plugged into or connected to these components could sustain damage.

Consumer electronics, such as computers, printers, networking equipment, televisions, or gaming systems, can be damaged by a lightning surge either through the electrical wiring or the communication cables. The influx of energy is more than these components can handle and claims related to this are often because of circuit board damage.

Appliances, such as washers, dryers, ranges, or refrigerators, can also sustain damage to electronic control boards because of lightning or resulting surges.

These items can be struck directly or if lightning hits the ground, the energy spike may enter the pipes or wires connected to these components and travel straight to the electronic controls and cause them to malfunction or stop working.

Lightning and high voltage surges, which could occur from indirect lightning strikes or power coming on after an outage, can damage electrical items, but there is equipment that can lessen their impact.

There are other systems to divert direct lightning strikes.

Policyholders are also encouraged to unplug electrical devices prior to a storm or during an outage to reduce the risk of lightning or surge damage.

It’s only a myth that lightning doesn’t strike the same place twice. That means multiple claims could be filed for lightning striking a policyholder’s property, and it’s important insurance personnel are prepared for when they do.