What Causes a Water Heater to Leak or Rupture?

The following article on “What causes a water heater to leak or rupture?”, written by Reza Nikrooz of StrikeCheck, originally appeared in the Technical Notebook Column of Claims Magazine and was also published on Property Casualty 360.

As many adjusters know, water heater failure often leads to significant property damage. Water heaters have an average lifespan of 10–20 years, but that can be significantly reduced without proper routine maintenance—substantially increasing the risk of failure.

According to an IBHS study, 69% of all water heater failures result from a slow leak or a sudden burst. A residential water heater holds 20 to 80 gallons of water, which can cause significant water damage to property upon failure. On average, residential water heaters cost only $1,500 to replace, but a leaking or burst water heater typically tacks on over $3,000 in additional property damage, not including any additional living expenses that may be incurred. Adjusters need to handle these claims with care, as the exact cause of the damage may or may not be a loss covered by the policy.

The most common reason for a leaking water heater, internal rust or corrosion, often results from a lack of routine maintenance. By periodically checking the water heater for any signs of rust and performing preventative maintenance, property owners can prolong the life of their water heater and greatly reduce the risk of premature failure. Two primary causes of tank rust or corrosion are failing to replace the sacrificial anode and allowing scale to build up. 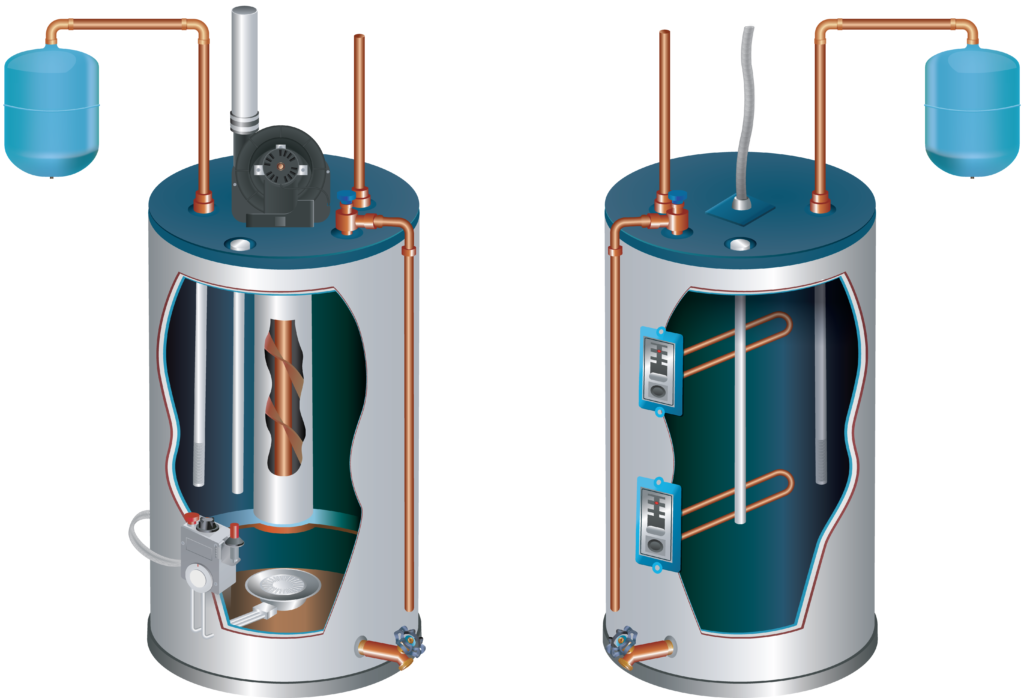 Traditional, tank-style water heaters are installed with at least one sacrificial anode rod, whose sole purpose, as the name implies, is to attract corrosive elements in the water and prevent the tank’s steel lining from deteriorating. Some larger residential tanks can contain two rods, while commercial tanks may contain up to five.

These anode rods are composed of magnesium, aluminum or an aluminum-zinc alloy with a steel core wire. Because the rods attract these corrosive elements, they must be monitored for corrosion. If not replaced in time, the water’s corrosive elements will begin to attack the steel lining of the tank. 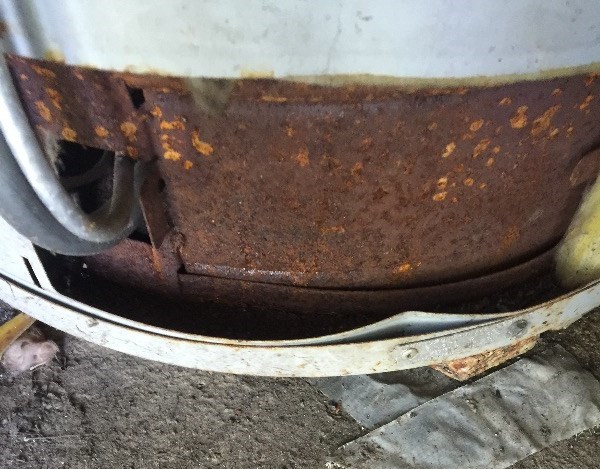 Figure 2: Rusted bottom of a water heater tank due to the buildup of scale

When hard water (which has a high mineral content) is heated, it creates a calcium carbonate deposit known as “scale.” Over time, these scale deposits build up on the bottom of the tank and create an insulating effect, leading the tank to overheat, which in turn slowly melts the tank’s protective glass lining. Once this lining has melted away, the exposed steel begins to corrode and weaken, eventually leading to the tank leaking at the bottom. In some extreme cases, scale build-up can cause the entire bottom of the tank to disintegrate. (Fig. 2)

There are two ways to mitigate this scale build-up effect. One method is to flush the tank periodically to remove scale particles and prevent buildup. Another more preventative option is to install a water softener, as scale is only created when hard water is heated. Of course (as mentioned), this solution will require the sacrificial anode to be replaced more frequently. 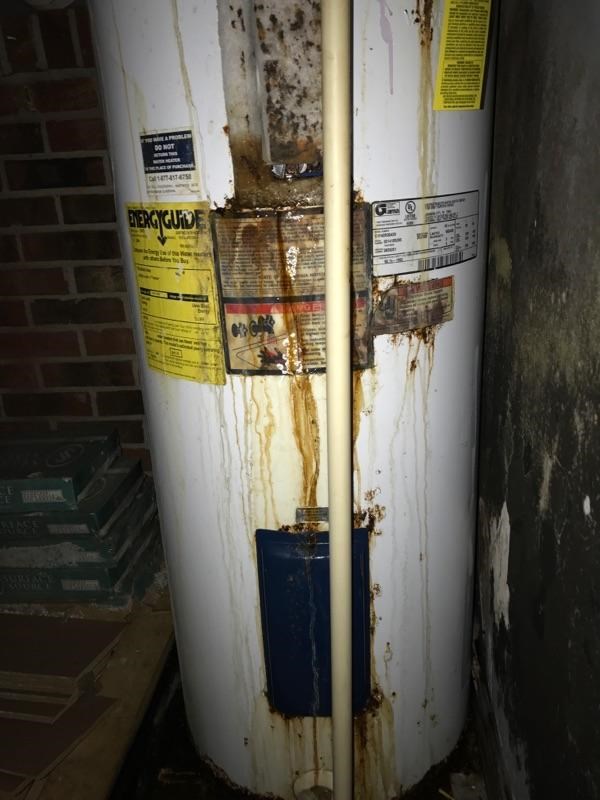 Figure 3: Leaking water heater due to increased pressure in the tank

If the pressure inside of the water heater becomes too great, it can cause the tank to leak or even burst. Increased pressure can be caused by various conditions. The most common causes include elevated water temperatures, excessive exterior water supply pressure, and relief valve or thermal expansion tank failure. (Fig. 3)

When energy (in the form of heat) is applied to water, its particles move faster and occupy more space, a concept known as thermal expansion. Because of this phenomenon, water at 145 degrees occupies more space than the same volume of water at 125 degrees, and the water pressure increases proportionately.

This expansion can be regulated using an external thermal expansion tank to allow excess water to escape from and reduce the pressure inside of the tank. However, if the water heater is not equipped with an expansion tank (many regions have only recently begun requiring them) or if it fails to function properly, the tank can leak or even burst.

Water pressure from the exterior supply (i.e., the water utility) typically ranges between 80 and 150 PSI (pounds per square inch) when it reaches the home. However, the water pressure inside the home should be between 40 and 60 PSI for the water to be used safely without damaging appliances, pipes or fixtures. Properties are equipped with a regulator to reduce the pressure to the appropriate range. If the regulator is set too high or fails, and the water enters the tank at too great a pressure, the tank may rupture. 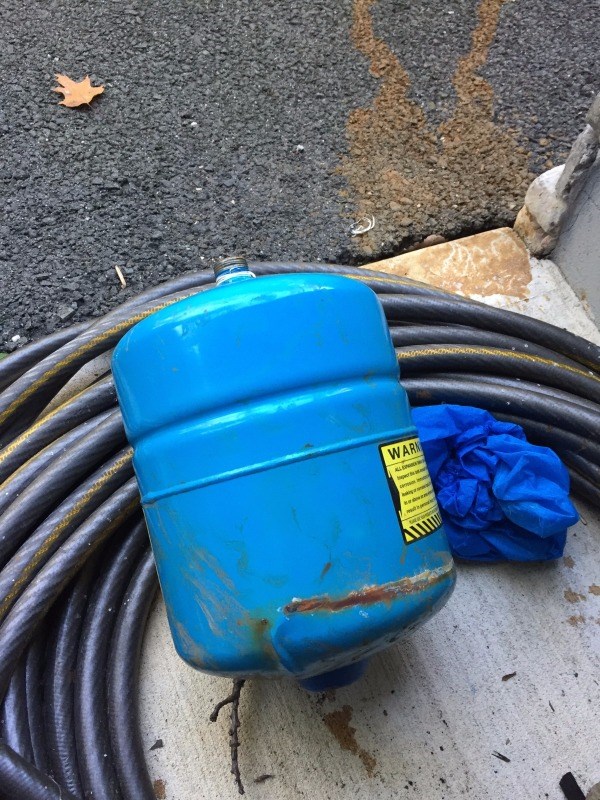 Thermal expansion tanks and pressure/temperature relief valves provide valuable failsafes when the pressure in the tank is too high. They allow water and pressure to escape and levels in the tank to return to safe ranges. However, if they fail to function properly, the tank can burst.

What can adjusters learn from these scenarios?

While these are not the only ways a water heater can fail, they are the most common and cause the most damage to other property. When a water heater leaks or ruptures, it is important for adjusters to thoroughly investigate before determining if coverage can be applied.

The presence of rust and corrosion may bring coverage into question, as they occur over time due to lack of maintenance or age-related wear and tear. However, an accidental direct physical loss because of a malfunctioning regulator, relief valve or thermal expansion tank is often covered. Therefore, determining the specific circumstances leading up to the loss is crucial to reaching an accurate settlement.